The International Bank Note Society (IBNS) has announced that the Centrale Bank van Aruba (CBA) has been awarded the “Bank Note of the Year Award 2019” for the design of its 100 Florin banknote. The award winning banknote (selected from the five banknotes of the new series) features an iguana on the note’s front and a traditional ribbon dance performance on the back. The eye-catching design of the 100 Florin is made all the more so by its security features including a 3D MOTION SURFACE® moving stripe, high-relief printing and color changing ink. The banknotes series was printed by Crane Currency.

After 7 years of intense preparations, the CBA released its new banknote series, “Stars of Aruba” on 3 June, 2019. The completely redesigned series based on Aruban culture, flora and fauna, was introduced to the island’s residents with humor, public interaction and a mobile application “Aruba su Florin”. Prior to the award, Jane Semeleer, President of the CBA, stated that the goal of the new series was to create a modern series that used the best security features available to prevent counterfeits and conveyed a clear message to the public. The IBNS commented on CBA’s award:

“As a first-time entrant into the IBNS Bank Note of the Year competition, Aruba’s award winning success may provide a template for other countries to consider in designing and promoting new banknotes.”

Following the award the CBA released a statement, in which Jane Semeleer proudly commented on the achievements of the new series:

“It is very clear that we have managed to create a beautiful family of banknotes. We have one of the most innovative and modern banknote series in the world. And we’re very proud that our vision – to make Arubans proud of their country and to show the world the rich life of Aruba – has led to an award winning 100 Florin banknote.”

Click here to read the press release from IBNS.

Centrale Bank van Aruba issued a mobile app to let the public learn more about the banknotes – and take a closer look at the artistic details and security features of each banknote. You can download the app here:

IBNS was founded in 1961 and is a non-profit educational organization with objectives to promote, stimulate, and advance the study and knowledge of worldwide banknotes and paper currencies along educational, scientific and historical lines. 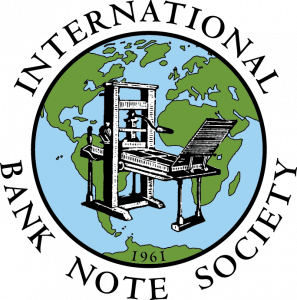