Internet Delivers Movie Money Directly to You – and the Criminals

If you have been enjoying a new blockbuster movie at the theatre or binge watching the latest series on your sofa, then you’ve most likely seen impressive piles of cash. This is actually fake cash, manufactured as a prop, especially for the camera. This so called “movie money”or “prop money” can enhance any film production. Not long ago, movie money wasn’t very easy to get, much less even know about. The internet, like with so many things, has changed that. Today, movie and prop money is widely and cheaply promoted via the internet – and this has opened up whole new fields of opportunity for cons, criminals and counterfeiters.

“We talk a great deal about security features for banknotes that are designed to prevent counterfeiting, but we need to talk more about how the internet is changing things,” says Tod Niedeck, Marketing Director at Crane Currency.

An expert in the expanding field of cyber psychology, Mary Aiken addressed a group of central banks and banknote producers in 2018. She remined what makes being online so attractive even compelling to us. She noted that the cyber world was not a passive experience like watching television, but is instead “highly interactive, highly engaging and highly immersive.”

Behaviors Once Considered Odd Can Be Seen as Normal

Four years hence, it is common knowledge that the internet gives rise to and sustains all sorts of oddities and conspiracies. In the cyber environment, Aiken cautioned that beliefs which might otherwise be discarded can gain momentum and credence. Behaviors once considered odd, deviant or even criminal are shared and can begin to be regarded as acceptable or low risk.
Part of the hidden internet, the ‘Darknet’ is a real and infamous marketplace in which all sorts of illicit marketplaces flourish. The ability to source counterfeit banknotes and security features from the Darknet are well known.

“Movie money is the public face of this in a way. The difference is that movie money doesn’t hide on the Darknet, it’s loudly and proudly promoted,”says Niedeck. Buying and owning fake money that looks realistic is not always illegal but selling them as legal money or passing them as cash is.

“Movie money is not highly deceptive” says Nick Pearson, Principal Currency Technologist at Crane Currency. “The problem starts when the internet compels thousands of consumers to purchase them on a whim and then hundreds of thousands of fake notes are now out there. At this point, it becomes a certainty that some will be passed off as genuine. And more nefariously, someone will start using them as a convenient starting point for making counterfeits that can be very deceptive.” 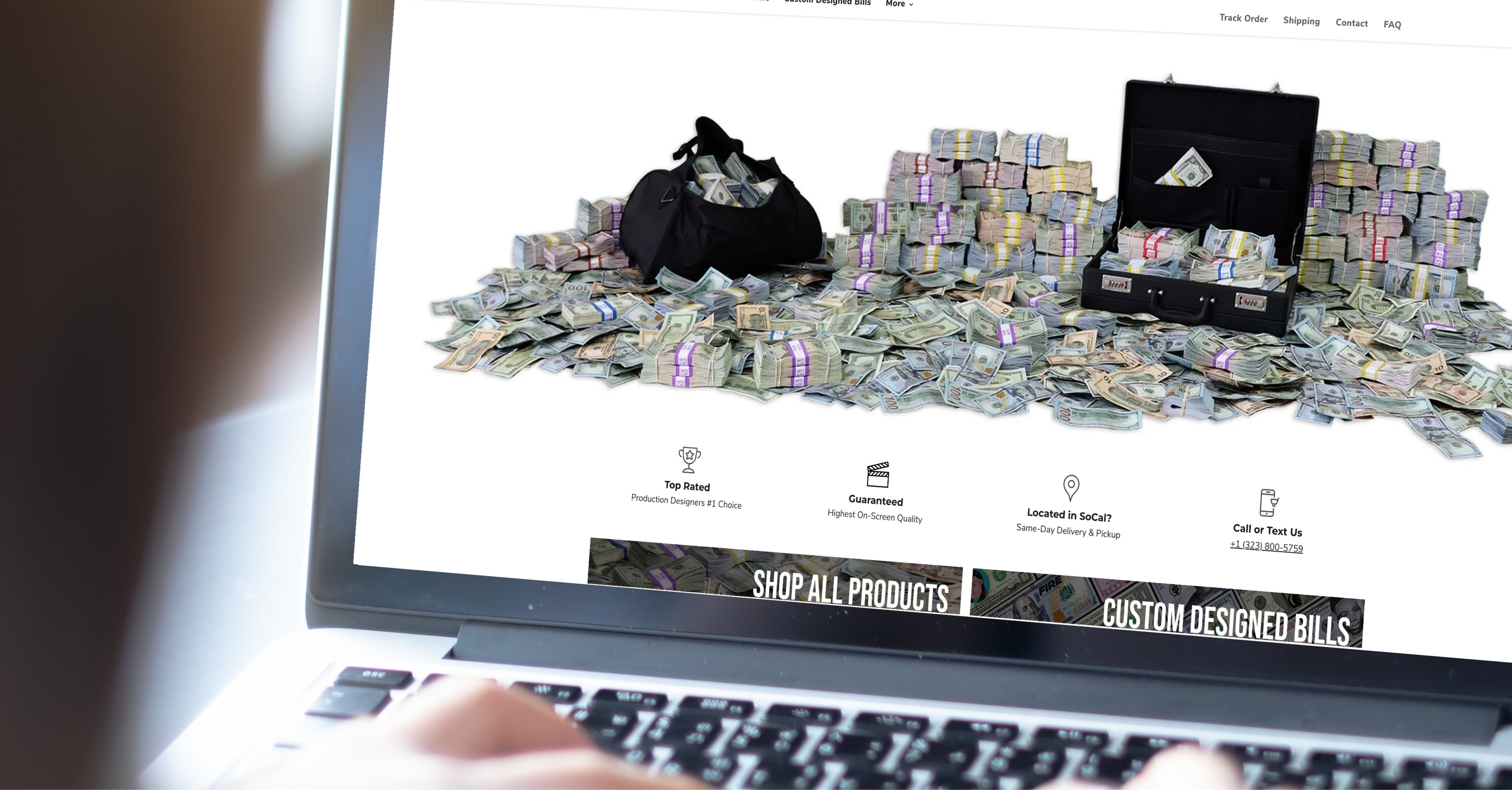 Crane Currency is working every day with central banks on anti-counterfeit measures and has developed MOTION®, an advanced micro-optic 3D security technology for banknotes famous for being highly resistant to simulation. Top level security is, of course, a cornerstone of countermeasures, along with ensuring that the notes are intuitive, familiar and functional for the public to use. 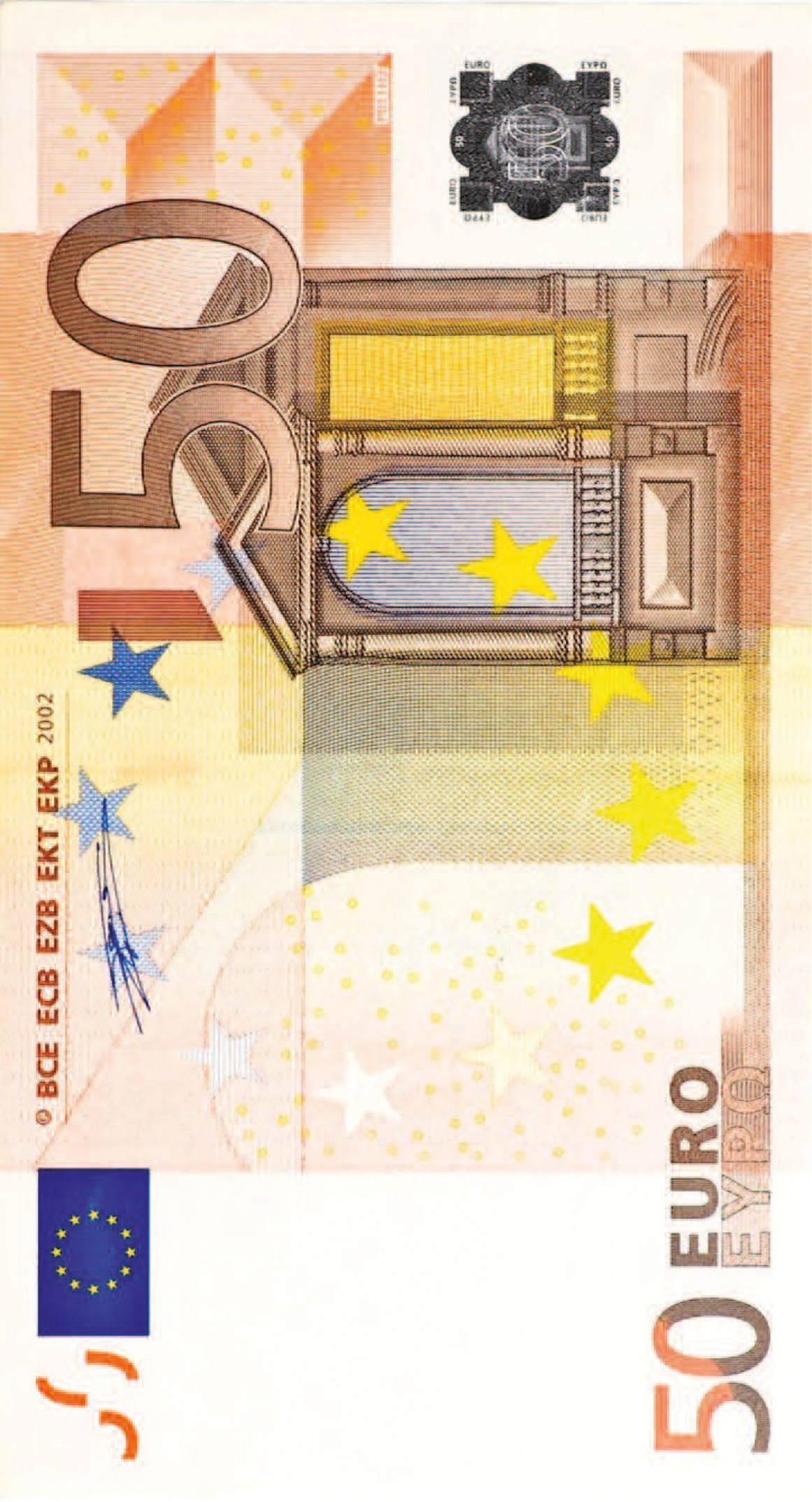 But other material such as shiny foils and stick-on holograms have the potential to trick the public into accepting a banknote as real. The combination of movie money and holograms therefore creates the risk of highly deceptive counterfeits that are relatively easy to make.

“When something we know is wrong, but easy to do or acquire, we are good at rationalizing that it is okay,” says Tod Niedeck, who drew inspiration from Aiken’s book The Cyber Effect.

“Just as the internet popularized downloading copyrighted music, the same popularization of holding movie money and even taking the steps to improve it by applying stick-on holograms has to be considered. In the past, the materials and know-how needed to create fake banknotes was shared between criminals and countered by law enforcement. Today the materials, ‘hacks’ and even the idea of creating counterfeits are broadcast online,” says Niedeck.

A selection of movie money and cashier’s training notes.