As part of its ongoing effort to reduce its carbon footprint and to tap into reusable energy, Crane Currency has invested €1 million in the installation of a large-scale solar farm in Malta.

Located on the roof of the banknote printing plant in Hal Far, Malta, the solar farm panels cover 6,500m2 (70,000 ft2). The solar panels will generate about 1,500,000 kWh annually, the equivalent of powering 378 Maltese households. They will also ensure that approximately 690 tons of carbon dioxide (CO2) will be avoided being added to the atmosphere each year.

Sam Keayes, President, Crane Currency noted: “Crane Currency is constantly seeking ways to reduce our impact on the environment. As Malta is blessed with copious amounts of sunshine throughout the year, it was a natural step for us to invest in a large solar farm on the roof of our state-of-the-art printing facility.”

What sets apart the Crane Currency solar farm is the scale of the system and that it is the first solar farm installation in Malta to feature a semi-autonomous cleaning system. This will allow the 1,710 panels to achieve maximum energy efficiency and produce at its highest possible yields throughout the lifetime of the system.

“The Malta solar farm investment builds on other major environmental projects, including an ink filtration system which cleans 500,000 litres of ink solution for reuse, and ensures an impressive 0% water waste rate. We will continue to invest to ensure that Crane Currency Malta remains the most efficient & sustainable banknote printworks in the world.” added Mr. Keayes. 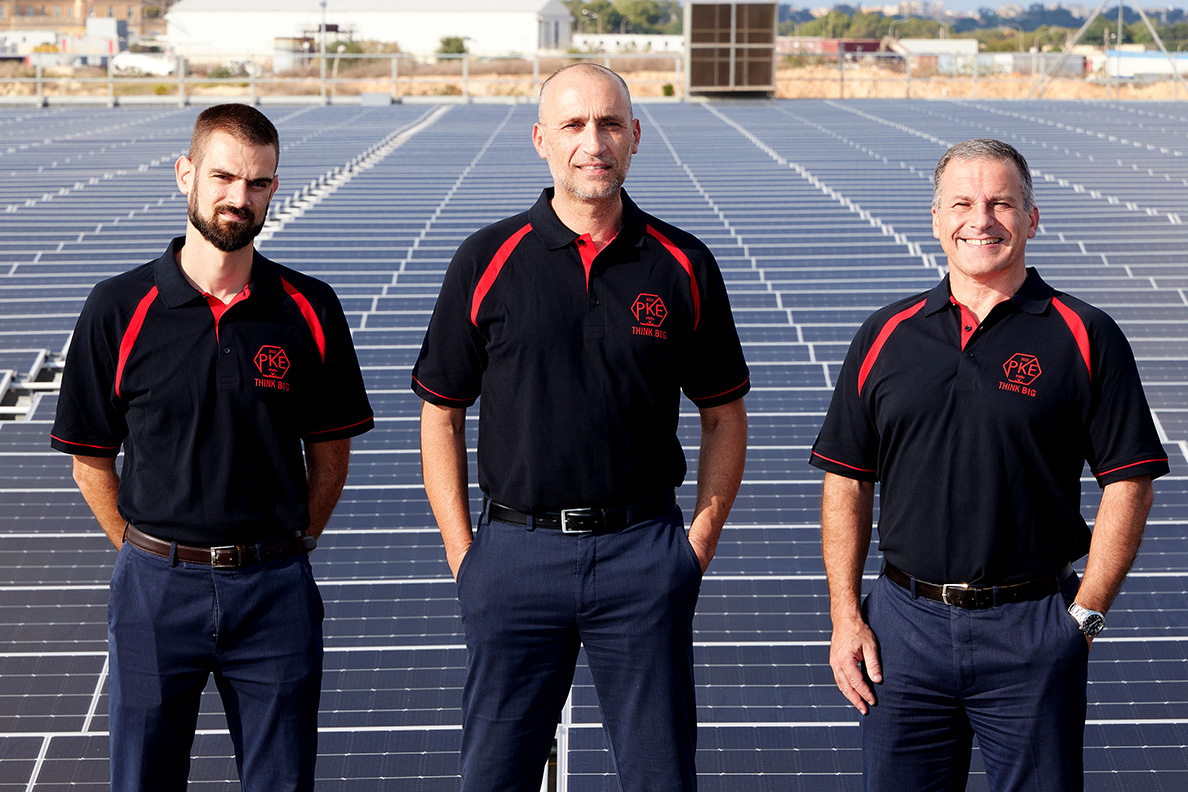 From left to right: Samuel Farrugia, Energy and Facilities Manager and Project Manager; Paul Fenech, Engineering and Reliability Director; and Kenneth Cortis, CFO, are part of the team behind the Malta Solar Farm Project.